We teamed up with the expert Amsterdam travel web series crew to cover some awesome hotels in the city. On your way to Amsterdam? Check out these top hotels for overnight stays that offer the experience of a lifetime.

We’re not interested in ‘ordinary’ here at Lilly Likes. We want outstanding, extraordinary, and exceptional. So it came to be that we stumbled across the hugely popular travel web series run by the artisans at Amsterdam Calling. This crafty crew have detailed many of the same excellent A-dam destinations that we have covered – so we automatically wanted to know more about them. This article aims to delve deep into the world of creative minds exploring the city. More: we want to review some of their recommendations on the coolest hotels in town.

Here’s everything you need to know about Amsterdam Calling and where to stay in Amsterdam for a city break stay that you won’t ever forget.

Who are Amsterdam Calling?

Amsterdam Calling are the team behind the web series of the same name. The series details the best bits of Amsterdam, encouraging tourists to get the most out of their stay. The videos take the form of a travel vlog/documentary, which opens the city up to the viewer through new experiences. The team are experts in different aspects of the city, so you get professional guidance on the sites and sounds as they go.

Amsterdam Calling take you off the beaten track. They go to the tourist places, sure, but they tell you things about those places that you don’t get in a city tour. For example, a city tour doesn’t take the time to talk about the best hotels or where you should eat. AC do, and that’s what makes the series so valuable.

The 3 Most Creative Hotels in Amsterdam

With all of our introductions done, we can get straight to highlighting some of the hotels that AC showcase in this episode of their web series. We couldn’t agree more with their recommendations. In fact, we’ve already covered some of them ourselves 😅. You can watch the episode below.

The Exchange looks like a fashion studio and designers built it with the city’s high fashion reputation in mind. The rooms differ in style and designers, allowing many of Amsterdam’s famous fashion designers to get involved. One room is fully burlap draped, whereas another was designed by Maison the Faux, a notable clothing company. Maison de Faux actually designed 6 rooms inside this hotel, all of which launched in 2018 for the first time. Since 2020 was a write off, these rooms still have that fresh paint smell… not literally.

The Exchange is just a few minutes’ walk from Amsterdam Centraal Station, making it an attractive hotel for travellers. It has a luggage storage option, so you can arrive, check your bags before you check in, and spend your day enjoying the city. Arguably better than this are the prices here. A one night stay in the Exchange starts from roughly €100 per night. There is a bar/coffee shop downstairs called Bar Stock, where you can get your breakfast or lunch until 4pm.

Incidentally, the Exchange is one of our favourite hotels here at Lilly Likes Amsterdam. You can book a short stay by clicking here. The hotel has rooms ranging from 1 to 5 stars, so you really do have options in the style of your stay. There are only a few of these hotels in the world and most of them are in Amsterdam.

This hotel is the world’s first ever gaming hotel. Each room comes with flatscreen TVs and a choice of gaming consoles. You can go modern with a PlayStation or Xbox, or you can go old school with Nintendo and Sega. You can even mix it up and have a little of both. Whatever you do, these rooms are epically suited to those in your life who love a good gaming session.

The Arcade Hotel offers rooms in a number of sizes. There are big party rooms, which allow four people to sleep in bunk beds and remember the days of old. The Arcade Hotel reminds us of when you would get your friends around for a LAN party. Remember those days? True old school gamers will know.

Games come as standard as the soap here. We love the setup downstairs, too, with multiple consoles at the tables. You can sit, enjoy some company, and play your favourite games while you socialise. There’s a bar, too, don’t panic. They even have a bunch of retro arcade games in a retro arcade downstairs. This arcade includes Pac Man, Space Invaders, and other cool blasts from an 80s past.

Prices in the Arcade Hotel start at under €100 per night depending on the room and time you book. We think that’s a true bargain. The only let down in this hotel is the obsession factor. If you fly to Amsterdam to enjoy the sites and wind up engrossed in Fable for three days, you’re not going to see those sites. Again though, we say this is the perfect excuse to book a second trip.

Wow, so this one has a bit of a story behind it. This hotel allows you to stay in a boutique apartment in a renovated crane on KNSM island. KNSM island is in the eastern end of Amsterdam. It stands for Koninklijke Nederlandshe Stoomboot-Maatschappij and it is where the Royal Dutch Steamboat Company had their headquarters. The crane opened in 1957 and had a long career in the industrial movement of cargo. Back in 2010, YAYS renovated the crane as part of the renovation of the whole area to turn it into residential property. The crane became a hotel, and the rest is history.

What’s it like to stay here? It’s high class. Developers outfitted the crane as a luxury apartment in 2017. The apartment is three levels high above the ground, offering staggering views of both the city and the harbour. It has two levels with gorgeous modern fittings and fixtures. The first bedroom has epic views, but Amsterdam Calling dub the second, upstairs bedroom, as ‘the bubble’ because of its 360 degree glass windows and inspirational views.

Prices average €300 per night here but it his high class enough to be worth it. The rooms are clean and comfortable, with little luxuries added in all over the place. You have a fully functional cooking area, a gorgeous blue tile bathroom, and high thread count cotton sheets that you can snuggle into and forget the world. Yes, it’s expensive, yes, it’s epic, yes, it’s unforgettable. This refurbished industrial crane looks fabulous on the inside. It’s probably not the preference in stay for those that are scared of heights. You can book it here

If you feel inspired by this article, or even if you are still seeking the Next Big Thing for your Amsterdam break, we recommend you do two things. First, head on over to YouTube and hit that subscribe button for Amsterdam Calling, and second, come join ourselves on Instagram. For hardly any effort at all, you could find the hotel-love of your life. We would be ever so happy to help. 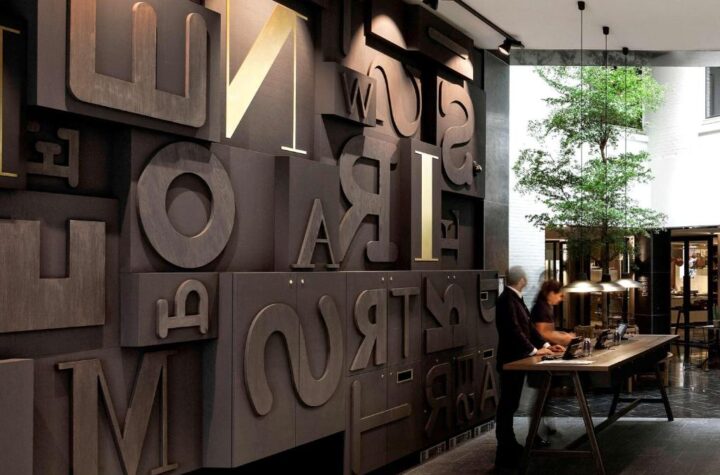 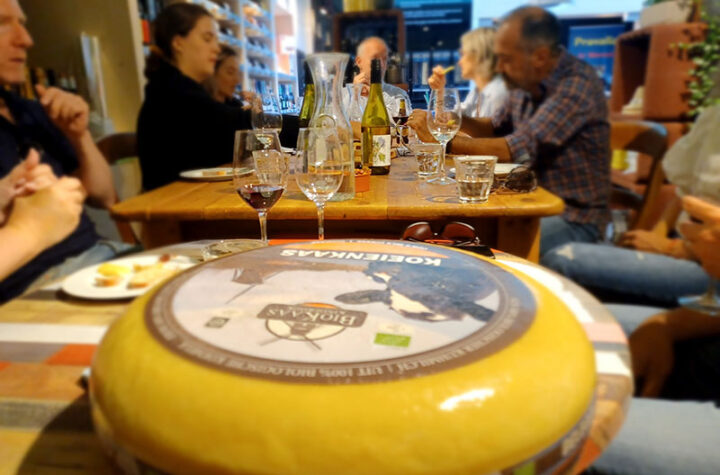 An Evening With Cheese & Wine In Amsterdam